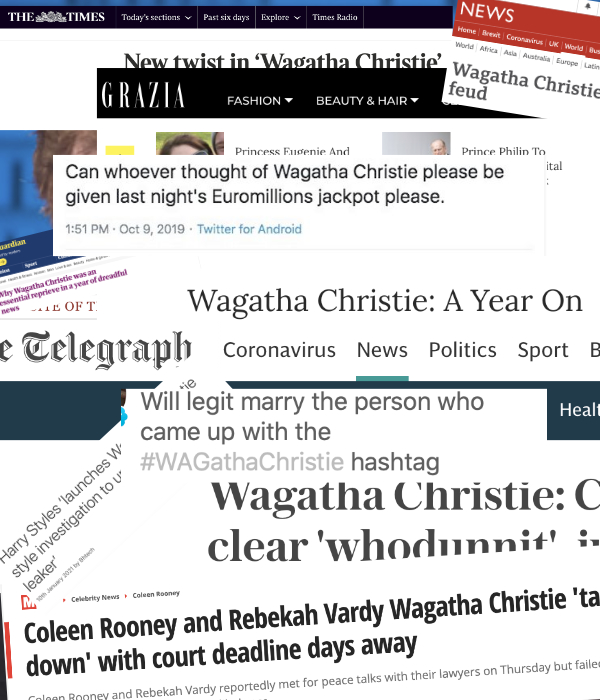 On October 9th, 2019, Colleen Rooney uploaded a remarkable Instagram post that said she’d done her own detective work and found out that it was Rebekah Vardy who was leaking information about her to the press.

I wrote a four-word pun on Twitter, and it went bananas.

Aside from going viral online, the name ‘Wagatha Christie’ broke out beyond Twitter and went into mainstream news, being used in newspapers and on websites worldwide.

The Mirror even interviewed me about how it felt to be the person who came up with it (it was a short interview).

Within 24 hours there were literally hundreds of ‘Wagatha Christie’ items on Ebay with for sale; T-shirts, mugs, cards… Somebody made a good bit of money out of it.

Without a doubt this will be my greatest contribution to humankind, and what’s most irritating is that I spelt it wrong.