“Unspun has quickly established itself as the official opposition to mainstream political debate with its smart mix of comedy, satire and debate – not only attracting big laughs but some of the biggest names in British politics onto the show” Tim Glanfield, Radio Times 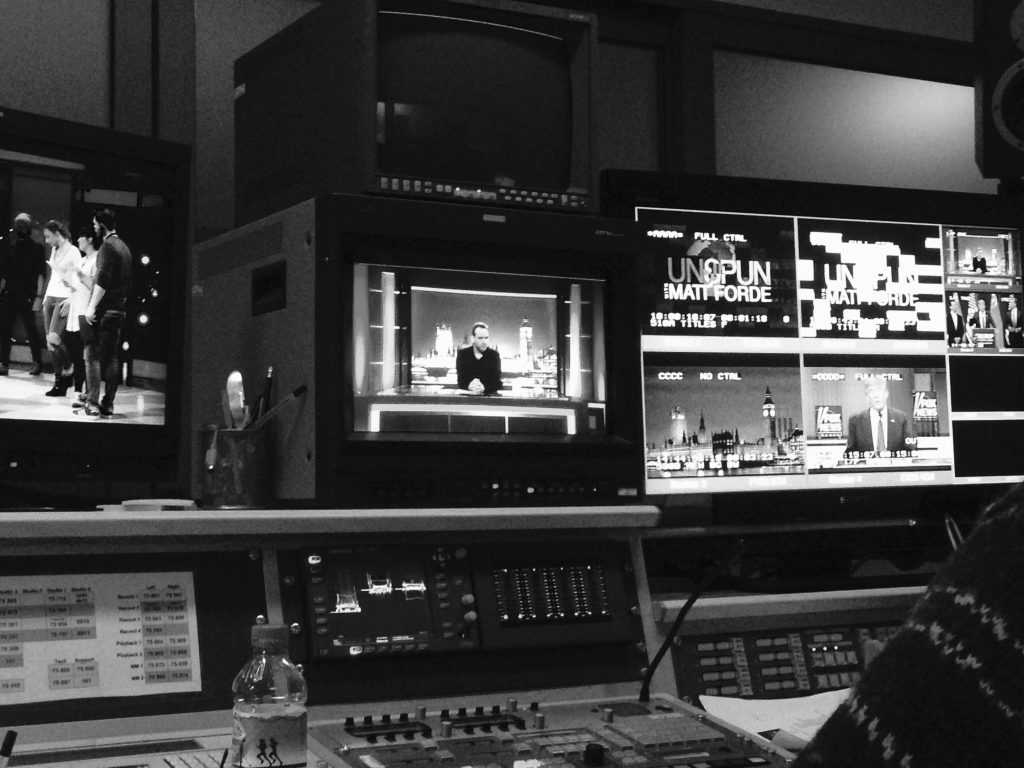 I was the producer of four series of Unspun with Matt Forde.

It was a studio political comedy series, hosted by Matt with guest politicians and comedians. Notably, it had a house band: MP4, made up of cross-party MPs past and present.

The show was driven by Matt’s love of politics, and as such it took a less stereotypically savage approach to the satire than you might expect.

My role was producing from the writer’s room, adding content, pulling together scripts and getting it all ready on a tight turnaround.

And bloody hell, it was a tight turnaround. During the 2017 election we broadcast several shows a week.

The fourth series was recorded and broadcast the same day, my biggest personal challenge being the edit; 30 minutes to start and finish editing down an interview with a politician so that everyone would be happy. That was intense.