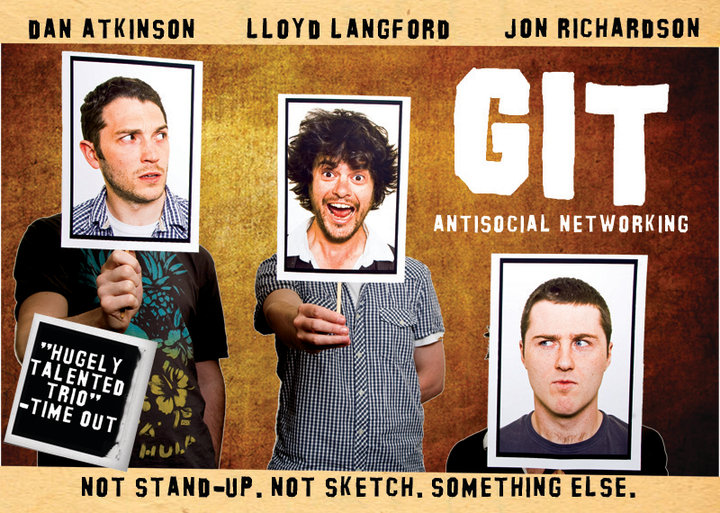 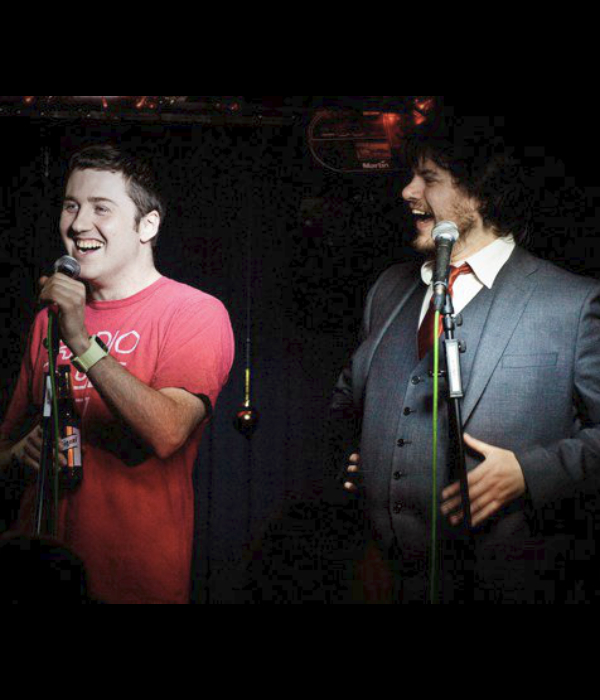 In 2006 Lloyd, Jon and I performed in the Comedy Zone at Edinburgh, and became good friends.

We decided to put together a show with the three of us performing together, and Git was born.

What is Git? It’s a game show in three parts, with each part swapping host and contestants between the three of us. Convoluted? Definitely, but it actually works quite well if you ignore the scoring.

Memorable moments include hitting a pinata full of surprise porridge, blind taste testing using gimp masks and super soakers, and quiz rounds such as ‘cannibal or duck’, where we were shown pictures and had to guess if it was a picture of a cannibal or a duck. Was it as easy as it sounds? Yes.

Git has happened sporadically over the past decade, including a run in at the Edinburgh Fringe, a Christmas special and a performance at Machyntlleth  Festival.

It hasn’t happened in recent times purely because of the logistics of getting us together, but the desire is strong and I’m sure we will do another one before too long.