Many years ago, in Edinburgh, I was the host for a few festivals’ worth of Comedy Countdown, a very stupid midnight version of the TV teatime quizshow ‘Countdown’. I think it’s worth pointing out that this pre-dated Cats does Countdown by some years. It’s about the most fun I ever had on stage, and was nearly always sold-out. 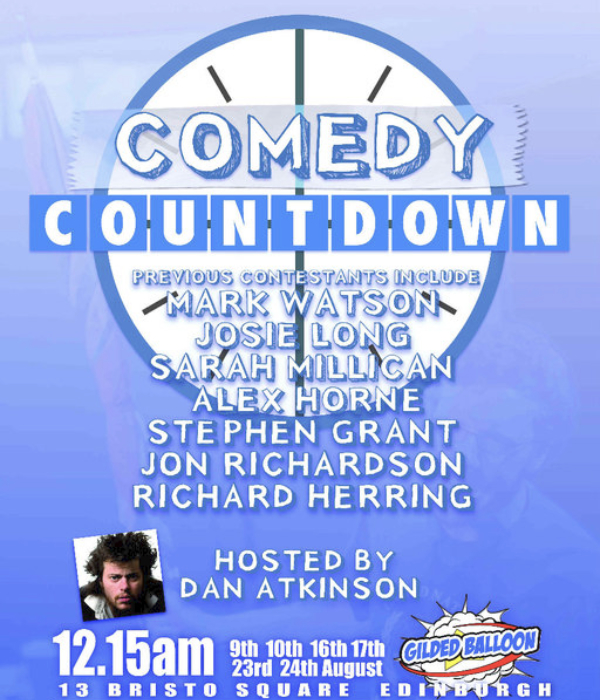 It was the kind of late-night show that made the Edinburgh Fringe most enjoyable for me. Getting a bunch of excellent comedians on stage to mess about with words whilst getting pissed was about as good as it gets.

Paul Sinha was the maths brains (of course he was), Marcel Lucont would marshal dictionary corner, but in French. James Sherwood would bring the most brilliantly awful ‘fun’ for the audience to enjoy during the break, and there was a parade of guest clocks, each of whom brought their own style to that particularly limited role. Special clock mention I think has to go to David Morgan who reinvented the role and made it his own.

I’ll have forgotten people and moments that were incredible, but in my defence it was pretty boozy.